Zyrokks Cripton is the primary antagonist in the series Simien 10, Simien 10: Polyverse, and Simien 10: Blood Monkey.

Zyrokks looks similar to UAF Brainstorm, but is more red in color and with pink-purple eyes. He has a large robot claw on his left hand replacing his normal hand.

In Blood Monkey, Zyrokks' has his Hexatrix on a belt between his legs and head.

Zyrokks is a ruthless, vengeful and highly intelligent villain.

Despite his high intelligence, which is above most of Simien's villains or allies, Zyrokks is less smart than his little brother Zynon. Due to that, he is incredibly envious of his brother or any being surpassing his intelligence. His pride often leads to over theatrics. Zyrokks also tends to lose his temper very easily.

Zyrokks was born and raised in Undertown along with his brother, Zynon. They had a rivalry between them as children, mostly over who's the smarter one.

After finding his way into a street gang of Undertown, Zyrokks managed to climb up the ladder to become a mob boss, running his own illegal weaponry cartel, underneath Don Glacier's mafia. Sometime after Zynon's departure from his science lab, Zyrokks agrees to let Zynon join his gang.

After a fight between the two leaded to a warning from Onapros, Zyrokks attempted to kill his brother in an event known as the Bellwood Bombing, which killed many innocent civilians in Bellwood.

Following his capture, Zyrokks was put on trial and subsequently was incarcerated in Incarcecon Earth for an indefinite amount of time.

Zyrokks later on escaped Incarcecon using a Hexatrix he found by chance and Bionian DNA from fellow inmate Ipnotizzare. After taking control of the prison, Zyrokks escaped along with his former hitmen, Set Ramses and Anuke Ressan, hunting the most powerful species in the galaxy for his Hexatrix.

Zyrokks returns in the first episode of Blood Monkey, 7 years after his imprisonment. Taking out a surprise raid on Zynon, Zyrokks manages to destroy his old mansion and kill off his brother by grinding him to dust in Destroyer's vacuum.

Zyrokks later on tracked down and attacked Simien, Ic, and Vorkus while they practiced their revenge on him, revealing his intention of finding Zynon's Fusion Matrix, a device that can allow Hexatrix aliens to fuse.

Zyrokks' robotic claw also has additional features, such as enhanced durability and strength, and laser blasts, along with other abilities such as sound projection or remote hacking.

Zyrokks' metal claw is connected to his nervous system, and as such electrocuting it will cause major damage to Zyrokks' as well. Zyrokks' claw being metal can also be abused by any species with magnetic or electric powers. 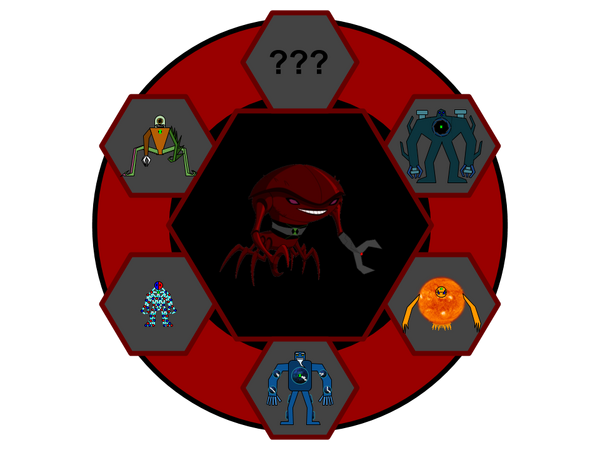 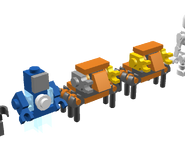 Zyrokks in Lego.
Community content is available under CC-BY-SA unless otherwise noted.
Advertisement