Agent New York, or "York" for short, is an Agent for Project Freelancer in Bryce Bowman: Origins.

York is a skilled soldier who has a past with Carolina. The contents of this are currently unknown. York wears brown, "Mjolnir Class Assallt Armor" and is generally seen with an Assault Rifle.

York is one of the most laid-back characters in the series, regularly keeping a friendly and cool attitude. York is also a very social person, being able to hold conversations with others, tell jokes in dramatic situations and cares greatly about his teammates. Furthermore, York also seems to be very curious towards things, as he is commonly asking very deep questions regarding various topics, similar to a philosopher.

In Agent Bowman, York, along with agents Maine and Wyoming, displays considerable combat prowess in his fight against Agent Carolina. While unable to defeat her, he is the only one of the three capable of blocking several of Carolina's attacks, even managing to disarm her during one of the lockout paint rounds, though she was quick to nullify the achievement by swiftly defeating him with his own gun. York is ranked as the second best Freelancer, before Bowman's arrival.

York has also displayed a great skill in driving.

It is known that he has displayed great resourcefulness in the field. 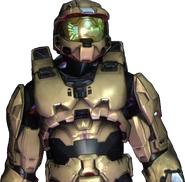 York
Add an image to this gallery

Retrieved from "https://ben10fanfiction.fandom.com/wiki/York?oldid=849538"
Community content is available under CC-BY-SA unless otherwise noted.