XLR8 is the Infinity's DNA sample of a Kinecelleran from the planet Kinet in Bryce Bowman: Origins.

He has black balls on his feet and wears a helmet with a visor, leaving the other features of his head unknown. Whenever the visor does come up, one can see that he has a blue face, green eyes, and black lips and stripes.

He wears longer sleeves with a pair of stripes under the shoulders. There are three white stripes on his tail and he has an arrow-shaped symbol on his lower torso.

When visible, the Infinity appears on his chest.

Bryce's veins on his arm, near the Infinity, expand and then continue like this until they reach his eye, where a green burst of light changes them from his to XLR8's. Bryce's legs morph from his own to XLR8 while being surrounded in green energy. XLR8's helmet forms over Bryce's head and the face shield drops down, the screen flashes green and it opens, revealing XLR8's face. XLR8 poses in a running stance as the scene is illuminated in green light and the sequence ends.

In Full Time Hero, XLR8 was used to get Bryce from the middle of the forest back to his home.

In Hunted (BBO), XLR8 was used to get downtown, closer to the alien ship that Tetrax, Kraab, and Sixsix used to arrive.

In Face to Face... Sort of, Bryce used XLR8 for a brief time trying to return home after a battle. He was defeated when the Infinity malfunctioned, causing Bryce to have a vision of Vilgax.

In The Girl of His Dreams, XLR8 stopped a small group of burglars.

In The Father, XLR8 stopped a small group of burglars.

In Her Hero, XLR8 fought the Circus Freaks and protected Marissa, before shifting to Diamondhead. He was used at the end of that fight for Bryce to get away.

In Kevin 11 (BBO), XLR8 was used to speed through the city in search of Kevin and later attack him.

In Framed (BBO), Kevin and Bryce both used him to travel quickly, but nothing else happened.

In Under Wraps, XLR8 is used to fight The Mummy and is easily knocked out.

In Monster of the Earth, XLR8 traps Gaia's rock monsters in a vortex so John Smith as Pacifista can destroy them.

In Protoform, XLR8 was activated by the Infinity to get Bryce to the scene of Proto's landing.

In Back With a Vengeance (BBO), XLR8 is briefly used to fight Vilgax, but is swapped out with Diamondhead.

In Nemesis Returns, XLR8 was used to chase down Nemevoc, but did not do any fighting.

In Charmed, I'm Sure (BBO), XLR8 fought Charmcaster, only for her to get away.

In The Darkest Night: Part One, XLR8 was used to defeat Esoterica.

In Allison, XLR8 was used to catch up to and carry Tex.

In Revelations: Part One, XLR8 tried to save South, but was unsuccessful, and then was used to kill the Counselor.

XLR8 can manipulate friction to reach speeds of 500 mph within two seconds.

XLR8 can accelerate (lol) so quickly that time appears to completely cease to him.

XLR8 can deliver speed-enhanced attacks with rapid succession, such as excessively kicking or stabbing enemies.

XLR8 is capable of creating tornadoes by generating a centripetal vacuum powerful enough to lift a To'kustar, either by running in a circular pattern or spinning at supersonic speeds.

XLR8's speed does not always work on all surfaces, like ice or strong adhesives, which slow him down.

XRL8's tail can be held down to keep him in place. 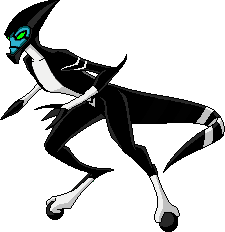 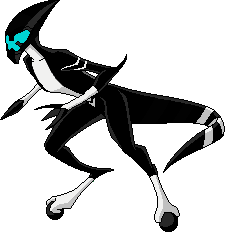 XLR8 with his mask down 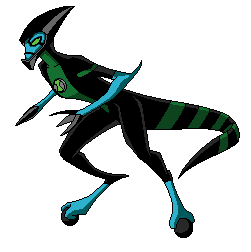 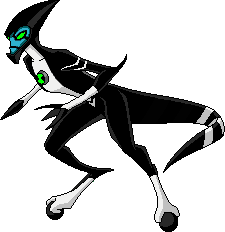 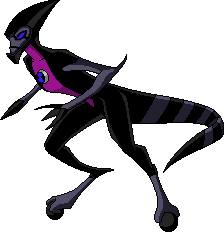