His body looks like a tree.his body and legs are brown. he has black underpants and a black head too.His hand are green like vines and they look like vines

In Rex 14 he has an Omnitrix symbol his head and on his pants are blue with white line coming from both sides and apart from that he looks like the one in shun 10.

he can control plant life. Shoot acid and change his arm form. His legs can grow biger.

Fire can burn him. He can be frozen. 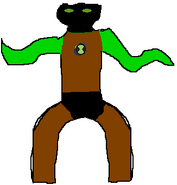 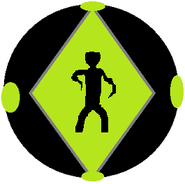 Credites to Lego Master
Add an image to this gallery
Retrieved from "https://ben10fanfiction.fandom.com/wiki/Wildforce?oldid=867068"
Community content is available under CC-BY-SA unless otherwise noted.