Whiplash is the Infinity's DNA sample of a M'arrillian from the planet Perim, in an alternate dimension, in Bryce Bowman: Origins.

Whiplash is a being comprised of bright blue energy. He has dark blue armor covering his forearms, thighs, chest, and face.

Whiplash has tentacles of blue energy instead of hands.

He has a tail with sharp spines on the end.

The Infinity glows brightly as tentacles of blue energy shoot out and wrap around his arm. The tentacles continue wrapping around Bryce's body as he spins. Dark blue armor starts growing from Bryce's arms, legs, and chest. As the armor starts to form on his face, Bryce's eyes split and turn bright red. Whiplash poses with his arms out to the side and his tentacles waving around in front of him.

In Back With a Vengeance (BBO), Whiplash was used to fight Esoterica.

In Change of Plans, Whiplash would have been defeated by Hex if Kevin hadn't shown up to help.

Whiplash has enhanced strength. He can lift a car, but would struggle to throw it.

Whiplash is highly skilled in whip-based combat. It seems to come more from the DNA source and not Whiplash's species as a whole.

Whiplash has minor shape shifting ability, being able to morph his tentacles to have more or less spines and blades. He usually has a "devil's tail" like blade on the end.

He is incredibly agile.

Whiplash is excessively arrogant, so he will have trouble if he starts getting beaten.

Whiplash's lack of hands prohibit him from regular fist-fighting. 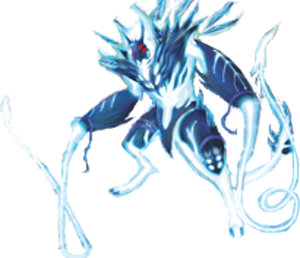 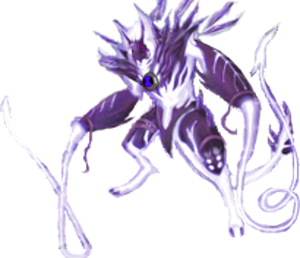 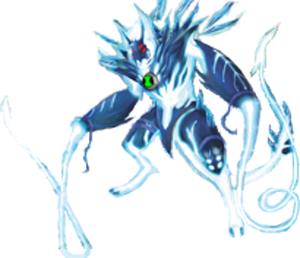