Vulpimancers are a species from the planet Vulpin.

Vulpimancers are far more animalistic than humanoid. They can range from the size of an adult human to several times the size of a human. As they mature, they grow tails.

They have canine paws with curving claws, and quills that grow on their backs. Their most notable feature is that they have no visible eyes, and instead have gill-like nostrils on the sides of their necks.

Mature male Vulpimancers have stripes on their backs. Females do not, and they have paler fur than males.

According to Dwayne McDuffie, Vulpimancers do have a language, but it is too difficult for Universal Translators to translate and they are unable to speak English.

Vulpimancers are not very friendly with their own kind, but this is a common trait among animals that aren't family.

Vulpimancers normally live by hunting down whatever they can find to eat and moving on to the next meal.

Vulpimancers whine like dogs when scared, as heard in Last Laugh.

In other ways, Vulpimancers behave more like non-sapient "beasts" rather than sapient "beings".

Vulpimancers have an incredibly strong sense of smell, which they use to work out their surroundings due to their lack of eyes.

Vulpimancers have enhanced strength, as Wildmutt could rip off the roof of a car with ease.

Vulpimancers have enhanced agility that allows them to run, jump, as well as climb at a superhuman rate. Their acrobatic and gymnastic capabilities are similar to that of an ape.

Vulpimancers can dig at a fast speed, even though solid stone.

Although Vulpimancers are quadrupeds, they are capable of standing on their hind legs and punching with their front legs, though somewhat awkwardly.

When infected with an Earth cold virus, a Vulpimancer's nostrils get blocked by mucus, making them unable to smell and thus, blind. Also, their fur color seems to become paler and their lips and claws turn a sickly dark green color.

Vulpimancer senses are very sensitive, making them vulnerable to anything that can overwhelm their senses, such as a high pitched sound or a strong smell.

Evolved Vulpimancers are significantly larger and more muscular than Vulpimancers. Their fur is a maroon-red color. They have four huge grey/white spikes running down their backs that overlap. These spikes start out as a shark-like fin at the head, and rising almost into an arc over the back, tapering near the rump.

Evolved Vulpimancers also have a long tail whose tip has a horn, resembling a scorpion stinger.

The name Vulpimancer is a play on the word vulpine, which means fox. 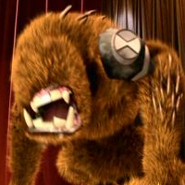 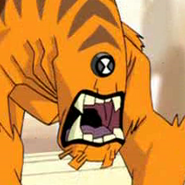 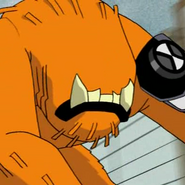 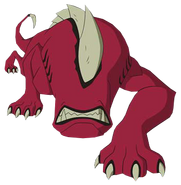 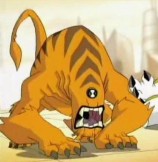 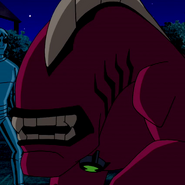 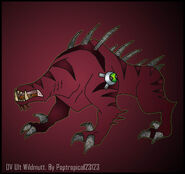 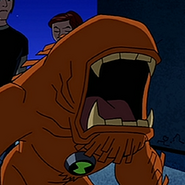 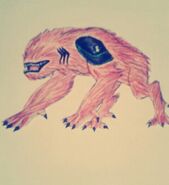 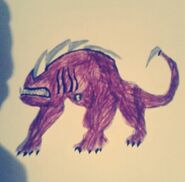 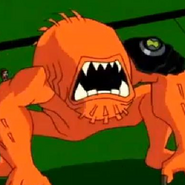 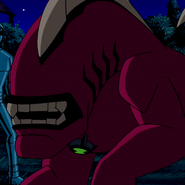 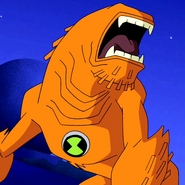 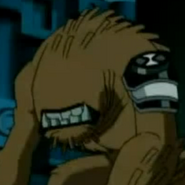 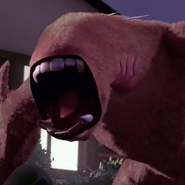 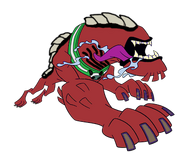 Add an image to this gallery
Retrieved from "https://ben10fanfiction.fandom.com/wiki/Vulpimancer?oldid=852006"
Community content is available under CC-BY-SA unless otherwise noted.