Vorkus Comidas is a character in the series Simien 10, Simien 10: Polyverse and Simien 10: Blood Monkey.

Vorkus is a green Murk Gourmand.

In Simien 10 and Polyverse, Vorkus is a normal Murk Gourmand in their UAF appearance, who is usually unclothed.

In Blood Monkey, Vorkus wears blue jeans and a brown belt, along with a Hexatrix on his left arm. He also has two teeth pointing out, similar to the OV appearance of Upchuck.

In Simien 10 and Simien 10: Polyverse, Vorkus is a chubby, food obsessed and stupid, however he was loyal to his friends and teammates.

In Simien 10: Blood Monkey, despite still being food obsessed, Vorkus is not dumb and has self awareness about his food habits and Gourmand stereotypes. He attempts to be moral as possible and to convince his friends to do the same despite their job as a mercenary for a gang.

Vorkus has a limit to how many big objects he can swallow. Additionally, Vorkus becomes slow once he consumes too many things. 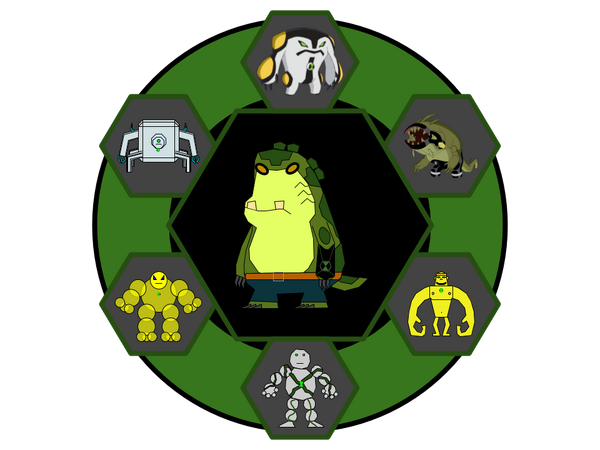 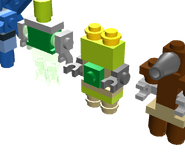