They once inhabited the planet Anur Transyl, which is also the home planet of the Transylians. They were the predators of Transylians.

According to Dr.Viktor, The Vladats used his people as slaves like nothing more than beast of burden and, ultimately, as food.

Vladats incinerated upon destruction in a war against the Transylians some time before Azmuth started acquiring DNA samples for the Omnitrix. They were extinct until Zs'Skayr used the power of the Alpha Rune to bring Lord Transyl back to life.

Their main source of food were Transylians. 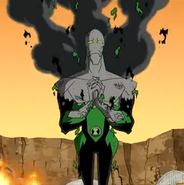 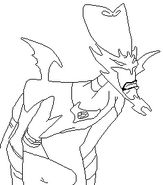