Vender Rodriguez is a minor villain in Simien 10 and Simien 10: Blood Monkey.

Vender is a purple Crystalsapien who looks similar to UAF's Chromastone.

In Blood Monkey, Vender is a lighter shade of purple. He wears a tight pink dri fit as a shirt, through which his crystals go out, along with a gold chain in a lower right pocket on his shirt. Vender sports a long purple scarf around his neck, along with a gold ring on his head crystal.

Vender owns a golden watch on his right hand, along with a Hexatrix on his left.

Vender is an unloyal con man who constantly switches sides. He will do anything possible to obtain power or money, including giving up his humanity for a secondhand Hexatrix.

Vender is unsympathetic and does not care for anyone but himself. He constantly uses meme words in his speech and curses frequently.

Vender is unable to absorb energy when not expecting it. 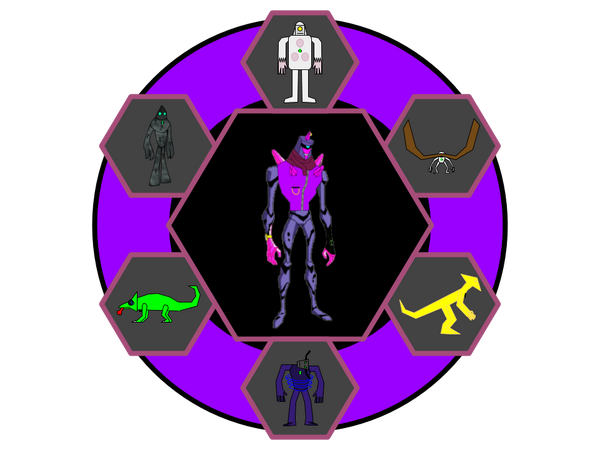