Well, everybody, 2016 is just about over. While we all breathe a (possibly premature) sigh of relief, let's take a moment to look back at what we accomplished over the rather unfittingly-dubbed Year of Unity. 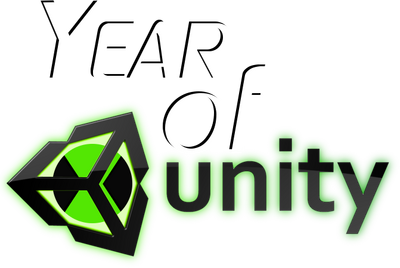 Changes to the Wiki

Things that weren't part of any officially-endorsed wiki projects but still left a large impact on the community.

2016's been a long year with a ton of drama. Lots of things have happened, and we've both gained and lost some friends along the way. We've grown as a community, but it's sometimes been a real struggle keeping everything together. People like to blame the idea of 2016 itself for this stuff, but the truth is, 2016 was just the year everything just so happened to break the camel's back.

We can't just expect 2017 to come and magically make everything better. We need to work towards our goals and reach out to grab the future with our own hands. Nobody's going to just up and hand us a better life; we need to make one for ourselves. For that reason, among a few others, the admin team has decided that 2017 will be declared the

Now, you might be asking exactly how the hell the "Year of Ambition" is any less vague than something like the "Year of Unity".

The "Year of" events have always been super vague and acting as if they ever presented a clear goal is kidding yourself. The whole point of the "Year of" thing is to provide a theme for the community to work with, whether it be through special events or projects or whatever.

Now, you might be saying right about now "The BTFF community is lazy! You can't realistically expect us to come up with stuff on our own!"

Well, congratulations! You figured out the point of the Year of Ambition! Take time this year to get off your butts and do those things you always wanted! Write a series! Learn to draw! Put away that noose and start a forum game or something! This year is all about inspiring ambition in a userbase that so sorely lacks it and putting it to good use. Take the ambition to improve your relationships and yourself, and maybe we'll be able to avoid a lot of the personal drama that plagued 2016.

Year of Unity's problem is that it was too vague to work with. Year of Ambition turns that weakness into a strength by giving us freedom to work on whatever we need to while following an overall theme (said theme being working on whatever we need to). Seize the day and improve your life, because the world's not going to improve it for you.

Thank you all for sticking with us throughout 2016, and we hope to have you back throughout 2017! Happy New Years, everyone, and good luck!

Retrieved from "https://ben10fanfiction.fandom.com/wiki/User_blog:ChromastoneandTabby/Year_of_Unity_Final_Update/2017_Announcement!?oldid=763458"
Community content is available under CC-BY-SA unless otherwise noted.