Well guys, it's finally here. With 2016 beginning to draw to a close, it's time to remember that, oh yeah, this wiki has been around for seven years! We've certainly faced a lot of ups and downs and had a lot of changes over the years, but I think 2016 has been undoubtedly our wildest yet. So, without further ado, here's the special Seventh Anniversary Blog, brought to you by the Year of Unity! 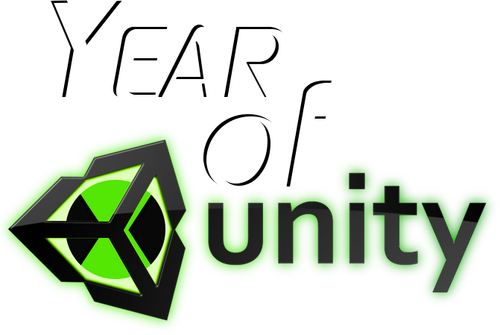 Speaking of the Year of Unity, I'd like to talk about that for a few moments. Many have claimed that the Year of Unity is the weakest "Year of" theme yet, and I'm inclined to agree. We haven't really been able to do much for the year because it's such a vague concept. Our community has faced so much drama and strangeness over the year that calling it the "Year of Unity" seems almost laughable.

That's the general consensus, anyways, but as I mulled it over some more, I realized something. In spite of all the weirdness, the drama, the divisions of the community...we're still here. 2016 has been a crappy year, no two ways about it. Celebrity deaths, Brexit, the election, that goddamn gorilla, the scary-ass clowns, all of it suddenly decided to pop up at once like a cocktail of bizarre misfortunes. We've had our fair share of crap happening on the wiki as well, with drama of all sorts up the wazoo.

Yet, despite all of that crap, we, the community, are still standing strong. We've lost a few people here and there, but we've discovered new friends and re-discovered old ones. We've had endless discourse about rules and regulations, but we've managed to make BTFF a better, less restrictive community. Old mistakes from the past have come back to haunt us, but we've been able to see how much we've grown and move ahead with renewed vigor. The Year of Unity may not have transformed us into a perfect utopian community, but I don't think anything can, really. Considering all of the above, it's a wonder we're still united at all, and that's exactly the point.

We're still a community. The Year of Unity ultimately hasn't been about vague trust exercises and weak attempts at community-building; instead, it's shown us the unity that was there all along. We've argued, fought, and disagreed, but that's just the nature of humanity in general. It's not our differences that matter; it's how we embrace or reject those differences that builds up who we are, and in spite of all our differences, we're still here. Our community is still united, and considering how the year has played out so far, that's nothing short of a small miracle.

If there's anything I've learned over these 7 long years, it's that BTFF isn't just about writing shitty fanfiction for a half-dead children's franchise; it's about the friends and companions we've met while writing that shitty fanfiction. It's about challenging ourselves in an environment where others like us are doing the same. We may never be 100% united as a community, but ultimately, no group ever can be. All we can do is try to get along, and even though that doesn't always happen, we're almost always given the opportunity to make up for our past mistakes.

I'm so happy to have met all of you, and so grateful to have gotten to where I am today. You've demonstrated more dedication and effort than I would have ever expected from a bunch of fanfiction writers, and even during this community's less impressive moments, I don't regret becoming a part of it even for an instant. Thank you all for 7 years of fun and excitement, and I hope to see you all for even more years to come!

So, you might be wondering what else we're doing to celebrate the anniversary. Well, the admins do have a couple special things lined up, but I'll let Mig and Ulti surprise you themselves. I personally Renovated the original logo and background in order to create this special anniversary theme, which I hope you all like. Feel free to do your own special things to celebrate our anniversary too; After all, this place just wouldn't be what it is now without YoU!

Enjoy the celebrations, everybody! I hope you all have a great day!

Retrieved from "https://ben10fanfiction.fandom.com/wiki/User_blog:ChromastoneandTabby/BTFF_Seventh_Anniversary!?oldid=748692"
Community content is available under CC-BY-SA unless otherwise noted.