Well, Ever since I said of the last NEw Series, I can't start it unless I get at least 3 Co-Writers. In the Meantime, I am going to Start another series: THE OMNITRIXTERS! It is a three parter Movie. 5 planets in each part, with the beginning on earth being on the Series's Main Page. 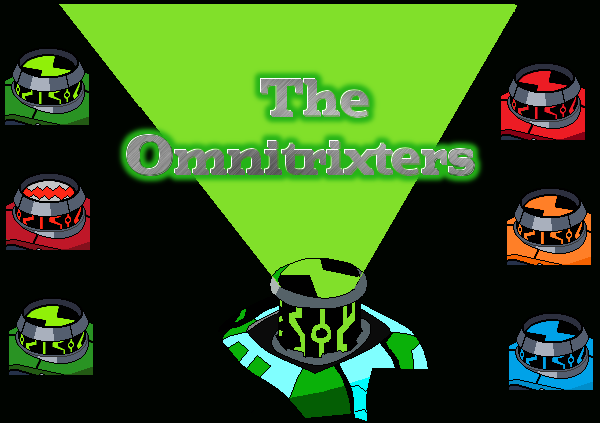 What do I see here?

Story: "After Albedo adopts Khyber's Pet, together, they build a bomb using an Omnitrix's Self Destruct System charged for 15 days (Enough to Destroy the entire Timeline). With nothing left to do, Ben with the Help of Alternate Gwen 10, and 3 other User-based Heroes travel 15 planets they thought the bomb would be on until they discover that the Bomb is on Earth at the 15th day. Albedo and Khyber's Pet follow them and try to kill them. Will they succeed in finding and disabling the bomb before the 15 Days are up?"

Well, the thing is, I need to find these three Users. The first is Ahmad 15. The Contest that was here is canceled due to a great tie with no breaker. So, I choose any two series. (I wrote the names on small peices of Paper, shuffled the Papers and picked any two): Chris 12 and Cassie 12 as well. I dunno what kind of Coincedence that gave off two series with the same number. But.... Here we go.

Retrieved from "https://ben10fanfiction.fandom.com/wiki/User_blog:Ahmad15/New_Series!..._Again?oldid=311093"
Community content is available under CC-BY-SA unless otherwise noted.