This user is a member of TP, also known as The Pikachu. The Pikachu know everything about Pokémon. They also enjoy TP. BTW, Ship founded The Pikachu.

Well, I was searching Google. I found a site called Wikia. I remembered I had used Wikia before. I decided to register for an account. After making my account, I found the Avatar Fanon Wiki. I got bored, and searched XAT. I found some people, and they told me to go to Ben 10 Planet. I realized that since I liked Ben 10, I should go to a fan fic wiki for it. That's how I got here! 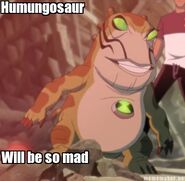 HOLY FUQ
Add an image to this gallery

Retrieved from "https://ben10fanfiction.fandom.com/wiki/User:ShipUltimateEnsign?oldid=844921"
Community content is available under CC-BY-SA unless otherwise noted.