Hi Text_will_be_replace_with_username ! I am Sen100,a wiki contributor
I joined this wiki on 27-August-2016 and immediatly started editing.
History

When i was atleast......ummm....9 years old, i discovered this wiki and BTP wiki. I didn't know that we could edit and make our own Ben10. As i grew up, i got to know that we can make our own Ben 10! I tried to edit but i didn't know how to.....But, when i became 13, i discovered everything of the wiki and immediatly joined the wiki on 27-August-2016. As soon as i joined, i started editing and released the first episode of Sen15:The beginning. Later on, i discovered the admins, beureacrats and other freindly wikimates. I first befriended Waybig101, who runs the Waybig101 art service. I liked his politeness, so i made him my friend. Later, he invited me to help him with his series Ben10:The New Omniverse and he also made wikia for it, called TNO Wikia. On BTFF, when i discovered the admins, i liked them but Mig's earlier profile used to make me feel like he is an adult who is very serious about things, so i used to be somewhat scared of him but when he changed his profile, he looked to me as a friend, so i started talking to him and get help from him.

All the admins personality i noted are:

Migster7: Will be glad to help!

Ultiverse: Best User and Admin! (I would have given him Awards if i was able to)

So this is my history. Hope you enjoyed it reading!

Note:if i forgot to mention you or you want to be mentioned here,then write your name here.

Note:- Please keep in mind that i believe everyone is equal, that means nobody is greater than me (including the crats) or less than me. Everyone is equal to me!

I am active regularly so, you can almost ask anything to me. So, leave a message on my wall and i will try to help!

Thankyou for reading my userpage Text_will_be_replace_with_username ! Hope you enjoyed it.

Have a nice day!

Saved for my brother, who will leave the wikia soon.

Credits to Waybig101 for usage, design by me and waybig! 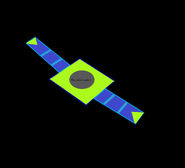 Drawn by me for my brother!
Community content is available under CC-BY-SA unless otherwise noted.