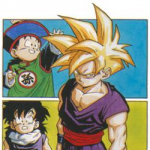 The planet of the two awesome species, Epiknosas and Slimeians which under the control of King Rex of the Ridin' (Me basically).

I have a bunch of series, but they're all epic fails. All but The Next Generation: Omniverse!

So, that's really all you need to know.

Retrieved from "https://ben10fanfiction.fandom.com/wiki/User:Ridin%27_Rex?oldid=795662"
Community content is available under CC-BY-SA unless otherwise noted.