Welcome to Your Nightmare!

We're so fucking screwed right now. Welcome to the end of the world...

Alright, here's my new series. It's called Tony Slash: Omni-Adventures, it still features Tony Slash and some of his friends and family.

(Not even alphabetically accurate)

I've been wanting to add a friends list, please sign if you're my friend. People I consider my friends. (Please sign if we are considered friends.)

I don't really have any favorite fan seasons. I hope you enjoy my series. I also have a list of my favorite aliens from Ben 10 period.

Those are my most favorite.

If anybody wants to bring in a crossover character, send me a message on my wall or private chat with me when I'm on chat.

I don't really do an art service type deal. I can provide cars for people, just tell me model, year, colors and I'll whip one up for you guys if you want one. I'll make a thread on my own message wall about this. Please comment on it, I'm hoping to work with you.

I am looking to be a co-writer of some series, I might even adopt one on the way to becoming a good writer.

People Who Have Helped Me With Everything

This is a list of people that have helped me in every way possible. I couldn't thank them more.

Tony Slash: The Omni-Wars (Soon to be a future movie after season 2

I hope you guys enjoy my series and everything I do for this Wikia. I'll enjoy it all.

Got my first "Rarest Living Gem in the Galaxy Badge" 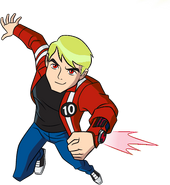 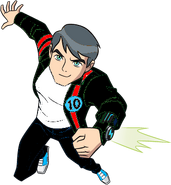 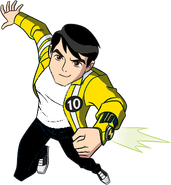 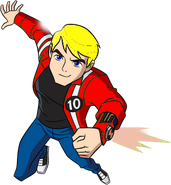 My second avatar on BTFF.

Having fun in chat.

Still the most fun in chat I've had. 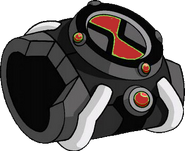 The only time I'll see this.

100 away from being in the big leagues. 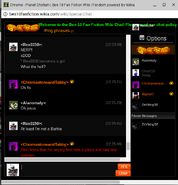 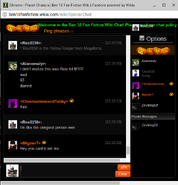 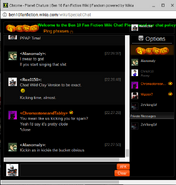 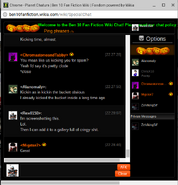 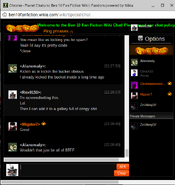 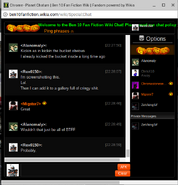 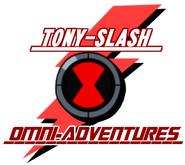