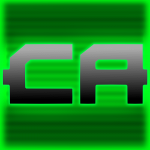 Hi! Name's ProjectCarthage, but you can just call me "Carth". Or "Brendan" if we're close, or if you wanna be more formal about it.

Outside of ExOS, I also do image cleanup for the main wiki sometimes, and I run a blog called Ben 10: Lost and Found, dedicated to finding rare and obscure concept art and other Ben 10 media. The blog has close to 800 followers at the time of writing, some of which are even people who worked on the show, like Original Series character designer, Tom Perkins! I even had a hand in tracking down the long-lost Ben 10 special, I-10: The Ben 10 User-Generated Experience

I'm also something of an artist and do character designs to go with ExOS, which you can see here.

Favorites outside of Ben 10Edit

Favorite Music: Mystery Skulls, Gorillaz - I highly recommend Mystery Skulls to anyone reading this, by the way. If you like indie electronic stuff, he's really good.

Personal Quote - "Just because it hasn't happened yet, doesn't mean it can't!"

Retrieved from "https://ben10fanfiction.fandom.com/wiki/User:ProjectCarthage?oldid=859406"
Community content is available under CC-BY-SA unless otherwise noted.