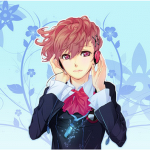 Hello there, <name>. I'm Nitracity, I'm a writer and creator on the site - you may have known me at some point by this name, among others. You may be asking, "Why not return under that account?" And, I'll be honest, the password and email address I originally used have been lost to time.

So, what am I doing here? Well, I'm here to start fresh, quite literally. No top spot in the leaderboard (which never really mattered much to begin with), among other things. My first new, and also primary series is Fracture Point, something that I hope will have a new style compared to what I've done previously. No weird self-inserts or canon sequels/prequels - well, I guess this is is technically a sequel, but it's primarily orginal. And in a similar vein to this, I think it's best if I make all previous aliens, images, etc, free to use. You don't have to ask, as long as it's not specific characters, ie versions of Ben - I think I'll still keep an eye on those.

Some of My Favorite Music

Slight warning, even though the Persona songs are in hard-to-understand Engrish, they do sometimes have more adult language in them.

Gallery of Past Avatars

Dokkaebi from Rainbow Six Siege, February - March 2019
Add an image to this gallery
Retrieved from "https://ben10fanfiction.fandom.com/wiki/User:Nitracity?oldid=864518"
Community content is available under CC-BY-SA unless otherwise noted.