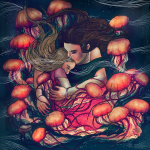 other languages i'm fluent in - besides coding - would be just english. i'm not very good at many other languages, but i know the basics of german, spanish, italian, portuguese, and esperanto (enough that i can recognize them and translate them to english rudimentarily)

i have an intense fear that one day, when i go to take a shit, the shit will take me instead

my favorite batman comic is Arkham Asylum: A Serious House on a Serious Earth and i implore you to check it out

here are my series, or at least the ones that i care about:

Retrieved from "https://ben10fanfiction.fandom.com/wiki/User:Nighthawkifikation?oldid=855442"
Community content is available under CC-BY-SA unless otherwise noted.