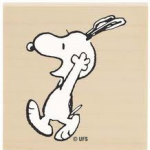 aka Creator of Ren 10

My name is Newbie49. I am a Ben 10 fan and I have some creative fanfics for the site. I will make them, eventually, but right I am making my account now, so I won't do it later. I hope you, enjoy.

User Reality Show with Kross and Newbie (Co-created with Kross)

Bounty Hunters: Hunt for the Omnitrix

Friends On The Wiki

Turns Out He Never Left.

CL and his Brothers

The Ultimate Creator of Everything

The Man Without A Cool Nickname

ET (Not the Extraterrestrial)

His Name Is Rocketsluglovesdharmarootbeer... Man, That Is A Mouthful!

This User Loves To Imitate Newbie

WHAT TIME IS IT? Seriously, what time is it?

I AM SO SORRY FOR LEAVING ALL OF YOU... I PROMISE I WILL NEVER LEAVE YOU AGAIN!

IS THERE A PROBLEM WITH MY CAPS-LOCK KEY?!?

If you don't know how to make a cool signature. YOU ARE AN IDIOT!!!

DOES ANYONE KNOW HOW THIS THING WORKS? (Talk - Blog - Contribs)

Hey, Everybody, My Name is Newbie49 and I'm Kind of a... Well, Look That the Username (Talk - Blog - Contribs)

Retrieved from "https://ben10fanfiction.fandom.com/wiki/User:Newbie49?oldid=247426"
Community content is available under CC-BY-SA unless otherwise noted.