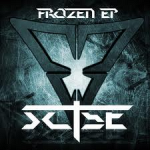 I'm Lumin, Bonjour... I'm not french. Yeah so hi, you made it to the darkest corner of the wiki: my profile. So if your still here your a very good listener. I like owls, the color blue(preferably navy blue), and comics. Right now I'm working on a bunch of series like Pen 10 and SteamTrix but I also help out in some other series like Ben 10: Meme Force. And on to other hobbies, I enjoy architecture, I hate math(its weird I know), I like drawing, gravity falls is a pretty good show, and I look forward to Ben 10 Omniverse(haters be hatin).

SteamTrix: I thought of it a while ago but its going slow. Its about a kid who gets Apartitrix and gets the ability to turn into robots. Then there is this whole rebellion thing and stuff happens and yeah.

Pen 10: This is one of my newer series. Pen gets the Milkytrix and is gifted with the power to have waste time battling evil people. Its a burden.

Ben 10: Meme Force: I work on it along with Joe and a bunch of other people. I am a Co-writer, Story Board Artist, and a Director(doesn't that sound fancy).

Variable X: I just joined it. I've been making aliens for the series. I'm up to eight.

If you pass this border I'll eat you

Retrieved from "https://ben10fanfiction.fandom.com/wiki/User:Lumin8?oldid=795495"
Community content is available under CC-BY-SA unless otherwise noted.