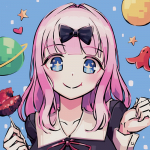 Greetings everybody, my name is Echoson, a former chat moderator on this wiki and my birthday is on the 21st of May. I am a fan of Ben 10, Steven Universe, Gravity Falls, One Punch Man and Yo-kai Watch. I am a friendly dude who likes to help out others, but be warned that I can be pretty lazy at times.

Dang I really need to update my userpage. 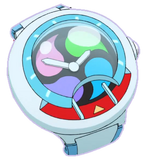 *Echo Echo Omnivurs Overwrite - my first ever series, inspired by the likes of Omni-World) and Ben 10: Stupidity Force, along with some roleplays in real life.

“Nothing is original. Steal from anywhere that resonates with inspiration or fuels your imagination. Devour old films, new films, music, books, paintings, photographs, poems, dreams, random conversations, architecture, bridges, street signs, trees, clouds, bodies of water, light and shadows. Select only things to steal from that speak directly to your soul. If you do this, your work (and theft) will be authentic. Authenticity is invaluable; originality is non-existent. And don’t bother concealing your thievery - celebrate it if you feel like it. In any case, always remember what Jean-Luc Godard said: “It’s not where you take things from - it’s where you take them to."

"No one expects much from me... They think a C-Class hero won't be much help. I know that better than anyone. I'm not good enough for Class B. I'm weak. I know that much. No one has to tell me I have no chance of beating you. I already... know that! And yet, I must try. It's not about winning or losing! It's about me taking you on right here, right now!" —An outmatched Licenseless Rider, facing the Sea King

CAUSE I'M THE BAD GUY

People I Consider As Friends

I am a Malaysian user who likes making things. I enjoy drawing things in Flash, unpixeling, making videos and chatting with users on chat. I created the Yo-kai Watch anime wiki and I run the Zotax YouTube channel where I post reviews on cartoons. However, I am a bit too eager and I like to do things half way before quitting and moving on. Guess that's how lazy I am, huh?

It started on this thread http://ben10fanfiction.wikia.com/wiki/Thread:234049 where the admins were discussing on who should be a new chat mod, Sub suggested that Brandon, Ren and I should get promoted. After some further discussion, I got the job (along with Brandon). I was so happy that I've been promoted that I can scream! A lot of my friends congratulated me (the first being Ahmad) which brings tears to my eyes. Since then, I vow to make this wiki clean and proud. I was promoted on December 7, 2014 GMT.

I had a kick ride, thanks Lego! It was fun :D

The Best Wish... I Think
Add an image to this gallery 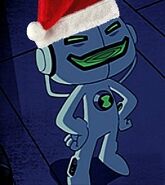 Credits to Brandon, he is cute! Used as my profile from 12/9/2013
Add an image to this gallery 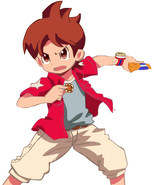 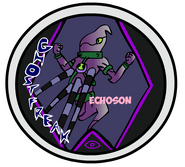 Retrieved from "https://ben10fanfiction.fandom.com/wiki/User:Echoson?oldid=838967"
Community content is available under CC-BY-SA unless otherwise noted.