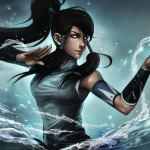 As I have said before, my name is Nicole, but, I can be called Crimson, Huntress, CH, or just Nicole. Take your pick! :3 I am a very energetic and cheerful person, and I love to give hugs! Free huuuugs! :D

Retrieved from "https://ben10fanfiction.fandom.com/wiki/User:Crimson_Huntress?oldid=795193"
Community content is available under CC-BY-SA unless otherwise noted.