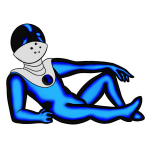 Hey, Chris X here! Here I'll talk a little about myself. I like watching Arrow, Flash, Ben 10 (duh!), and various anime. I am a writer of the Chris X franchise (Yes, I'm making it a franchise). I'm a quiet guy that observes and watches rather than speak my mind unless you really know me and I get to know you. I love writing and listening to various music, especially original soundtracks from video games and movies. Now I'll just leave this great quote here.

"What's the difference between the hero and the coward? There ain't no difference. They both feel exactly the same on the inside: they both fear dying and getting hurt. It's what the hero does that makes him a hero. And what the other doesn't do, makes him a coward." -Cus D'Amoto, Tyson(1995 Movie)

You probably want to know more about me other than the stuff above. If you do, then that's a bit weird but eh, I'll go with it. I am a guy who's been here for some time but really never contributed until now (2016).

I love writing but I do tend to get many writing blocks for long periods of time (trust me, I once took a huge hiatus for like a year, granted that's still not a feat that others have done but still). My episodes tend to be long, which is why I tend to take long breaks.

Family-wise, my parents are divorced (good terms though), I got two older brothers and a little sister. Love them all to death, though my sister could get annoying but hey, little siblings are like that. I'm pretty close with my cousin, CD. We had done many things when we were kids and have grown pretty close.

Retrieved from "https://ben10fanfiction.fandom.com/wiki/User:ChrisX10?oldid=795174"
Community content is available under CC-BY-SA unless otherwise noted.