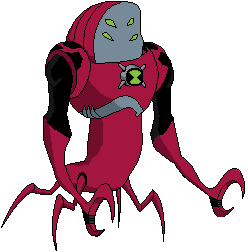 Ultimate Water Hazard's upper body looks exactly like Water Hazard's. The only difference is that Water Hazard's visor is permanetely down over his face, with four eye holes. He also has crab pincers for hands. His lower body resembles Brainstorm, having four crab legs.

Ultimate Water Hazard's main abillity is hydrokinesis, though his body has no ports to fire them from. Instead, he can manipulate his body and create ports anywhere on his body, allowing him to launch water from anywhere from his body. He can use the water to propel himself forward, to open a hole to catch attacks, and fire streams of water to attack. He has enhanced strength and durability.