Ultimate Rupture is the evolved form of Rupture in Ben 10: Ultimate Power.

He looks like a giant living volcano, but with blue lava flowing on the outside of his body,

Only the blast from a Techadon Battle Robot's lasers can affect him strongly, considering anything technology based can shut down his powers easily.

I thank TomE20 Thousand for creating a second version. 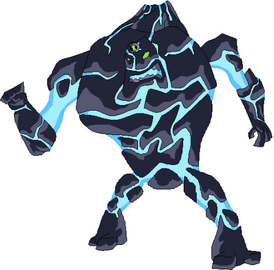 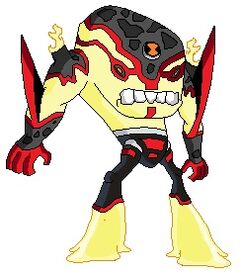 By Ahmad15
Add an image to this gallery
Retrieved from "https://ben10fanfiction.fandom.com/wiki/Ultimate_Rupture?oldid=866885"
Community content is available under CC-BY-SA unless otherwise noted.