Tony Stark is a Human from Earth, Dimension 616, in Bryce Bowman: Devil's Bounty.

Tony Stark is a tall, Spaniard, with black hair, blue eyes, and a beard. When he doesn't have his armor on, he then usually wears his business suit.

More casually, he wears a black, rock-band t-shirt over a grey long-sleeve t-shirt and blue jeans.

Iron Man's armor is painted in red and gold colors. It is developed with Stark-based tech and carries multiple advanced weapons in it.

Tony first appeared in The Avengers, when he examined Bowman after he had been knocked out by Thor's lightning.

At the beginning of his career as Iron Man, he was very clumsy and cocky. Tony likes to brag to others about himself and his social life.

As Iron Man, he is always calm and level-headed in a fight, although he is not afraid to crack the occasional joke. Tony Stark has also shown to have a fashion sense.

Due to past events, Tony is distrusting of Bowman. We think this has something to do with his mysterious arrival in their world.

Additionally, the word "alien" seems to strike a nerve with him, although the reason hasn't been explored yet.

Tony has no superpowers of his own but relies on his armor to do superhuman abilities. The armor has some unique weapons systems and superhuman powers to do the job for Iron Man in combat. Tony is one of the world's fewest super-geniuses.

Inside his armor, Tony possesses superhuman strength. He can fly, fire energy blasts, fire all different sorts of missiles and guns all from his armor. His armor is bullet-proof, and heavily fortified- so much so that he would survive a direct punch from Hercules.

Tony first appeared in The Avengers, and we will likely appear in every episode of the first season, so this will be a list of episodes that he doesn't appear in. 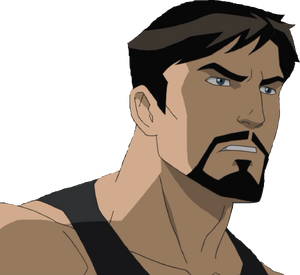 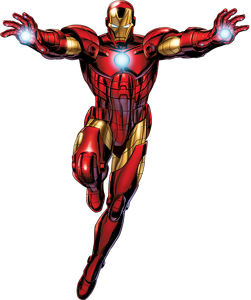