Tony Nicholas Slash is the main protagonist in Tony Slash: Omni-Adventures. He first appeared in Meet The Ultimatrix, Your Only True Friend. He is a human from the planet Earth-71.

Tony appears as a 19 year old mechanic who's 5'9". He has blue eyes with shaggy blonde hair that almost covers his eyes. His clothing consists of a pair of grimy blue jeans, a red t-shirt, a pair of red nike shoes, a red hoody with the number 20 on the right side. He wears a backpack whenever he's out and about Trenton, New Jersey.

Tony's battle armor is based off of both Rex's Phase I and II armor from Star Wars: The Clone Wars. The primary color of the armor is blue and the secondary color is blue. He wears a partial shoulder pad if he's wearing the Phase I armor. His suit is able to read heat signatures. It also can help him aim with his weapons. The helmet allows him to see through blinding light and smoke screens. About his armament: He carries the standard FX-21 Plasma Rifle along with two dual wielding PL-33 Phaser Pistols. He also carries 6 grenades. Two Frag, two Flash, and two smoke grenades.

Tony's a gear head. You get him talking about a specific car and he'll ramble on. He takes action whenever there's something going on. He's also a hot head when it comes to fighting. He was expelled from the Tomorrow Academy for fighting a jock he absolutely hated who absolutely did nothing to Tony to deserve the fight..

Tony is equipped with the Ultimatrix, it was supposed to go to his father but after he died Azmuth decided to give it to Tony. It's only unlocked aliens are the first 10 aliens from Ben 10: Alien Force and the 6 Ultimate Aliens from UA.

Being a hot head can get him into deep trouble. He's not a skilled fighter when he isn't in his alien forms. When using a new alien, he doesn't know the alien's abilities.

Tony's from a mechanic raised family. Generation after generation, his family worked at Slash motors, a performance shop in Trenton, New Jersey. His dad had been secretly working for the plumbers, until he was suddenly murdered at the hands of Vilgax without Tony or his mom's consent. After his mom retired from the family business, Tony took over and hired his cousin Courtney and his friend Alex Blade. They soon worked together to build the fastest Mustang in the world and kept it as their own.

In Meet The Ultimatrix, Your Only True Friend, Tony and his cousin go through a police chase and escape with no damage on the 2.7 million dollar car. Later in the episode, Tony, Alex, and Courtney are transported to Galvan Prime to explore it a bit. Tony and Azmuth teleported to Primus for him to learn about the Ultimatrix. Azmuth hands Tony the watch to help him start an adventure

In Hand Over The Ultimatrix, Tony meets his first enemy, Tetrax. They fight and Tony seems to overpower Tetrax for his first win in a battle. 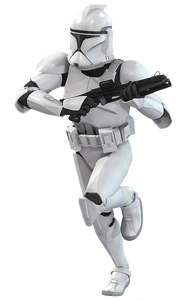 Tony's Standard Phase I Armor
Add an image to this gallery
Retrieved from "https://ben10fanfiction.fandom.com/wiki/Tony_Slash?oldid=747878"
Community content is available under CC-BY-SA unless otherwise noted.