Time Breakers are artificial villains in Earth-1010. They are made by converting living people. If they refuse the conversion, the subject's mind can be removed or suppressed in the process (effectively killing them).

Every Time Breaker has a unique appearance, with their armour designed to suit their physical form. Their natural bodies are physically corrupted, with darker skin.

Every Time Breaker so far wears a large purple metal chest piece of armour. It has dark black etchings in, with a blue diamond shape in the centre on the front. In the middle of the blue diamond is a smaller violet metal diamond.

Recently, the Time Breaker Technology was stolen by Timekiller - who seeks to use Time Breakers to wage his own Time War. 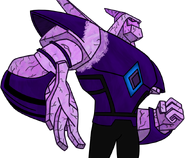 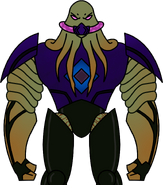 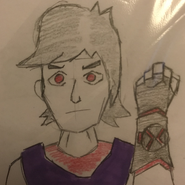