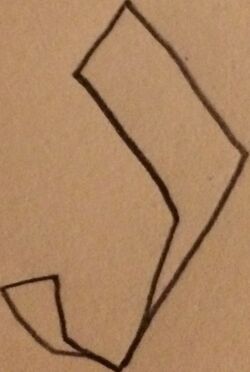 The Off-the-ground is the homeworld of the Pokémon in the Pokémon Sky universe. It is Earth-521.

There are many areas in the Off-the-ground.

Sōgen is a nice peaceful grassland largely cut off from the rest of the Off-the-ground. Weaker Pokémon live here as well as Tu.

Yuki-no-Yama is a snowy mountain. Turtly influence has created a surplus of traps. Near the summit is a small town named Shiro Town. Due to the cold, only furry, ice-based, or undead Pokémon can live here. Amongst them are Trajan and a comedian. Oh, and Serif.

Koū is a rainy, dank cavernous place. The constant rain creates constant mud. As such, Prince Tutroph enjoys going there. Tony, Violet, Derwin, Otto & Skylar all live here. Ben is currently lodging here and has been all but adopted into the family. Aquatic and plant-based Pokémon live here.

Melameland is a land full of lava (and without guard rails). Violet enjoys vacationing here due the intense heat. She has also fully Otto-mated the place. Meaning she gave full control to Otto, who has made it a deathtrap, that, depending on his opinion of pedestrians, may actively trip them up. Mainly fire-based, draconian, and flying Pokémon live here.

Central City is the capital of the Off-the-ground. As such King Astroph and Prince Tutroph live here. It is a simple city except for the fact that everything native to it except the life is monochrome. Any Pokémon who found the other places inhospitable live here.

Long ago, men and beasts lived on Earth and had their metaphorical feasts. Then one day came a war and blood was spilled as never before. The humans believed no monster would know love, and that all monsters should go to the world above. They sealed them off the ground. They made a barrier to surround them. Powered by determination, the humans won the war. The Pokémon were locked in Skylands, never to be released. All Portals were made to close upon trying to come back. Only by gathering the seven Pure Hearts may the curse be broken. They have six. Many years passed and many tears were cried. The monsters live on despite their fears. There's no chance the monsters could have won. Now, they're sealed there by the sun. Clouds instead of ground now above. It feels like they lost hopes, dreams and love. Now they cry, from on high. Will they be free of will they die? No new friends come around. That's their life now, off the ground. Whilst on high, sits the king. Sometimes, you might hear him sing.

Astroph: So much blood, so much pain/just to leave the sun again.
One day soon, freedom shall ring/so proclaims the island king.

As the years have gone by, a child climbs up high! Will they return from mountian, or will they surely die? The tale of The Off-the-ground from now on, we sing. A tale of fallen children and island kings. Sit down now, do not quail, hopes and dreams will surely prevai! If you go along this trail, you will hear the Off-the-tale.

The Off-the-ground uses many different figures of speech.

What off Earth? = What on Earth?

The Pokémon in the Off-the-ground are very different to Prime Pokémon. They don’t have any internal or sexual organs. They all can stand up on two legs as well.