The Legends of Mustafa 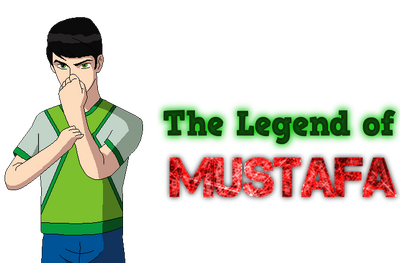 Credits to someone on Ben10toys.net for base

Legends of Mustafa is a series by Ahmad, that follows Mustafa Kady (page to be made), a mysterious boy that can oddly turn into aliens (he is secretly the Unitrix 2.0), his partner, Sarah, an Amperi criminal stuck in a Human's body, and Magister Frick, a Tetramand Magister, as they save the Earth from the evil forces of an unknown Enemy.

Mustafa Kady, the Unitrix 2.0, was sent to Earth before the show started. He was raised an Orphan by an Arabic Merchant called Muhammad Kady, who lived the role of his father. Many years later, the Merchant died, leaving Mustafa alone in the big world. He eventually discovers his powers. However, he is once attacked by Sarah, an Amperi Criminal stuck in a human body to limit her powers. Eventually, she managed to trick him that she is a good guy. A Tetramand Magister, Frick, is sent by the Plumbers to capture her. Because of Mustafa's power denoted to the Plumbers, they agreed to keep Sarah out of arrest (with a condition of not leaving her human form), on Mustafa's behalf, with a 24-hour inspection of Frick. Now, the three must save the world from the evil of powerful Villains, like Eon and Zs'Skayr.

Retrieved from "https://ben10fanfiction.fandom.com/wiki/The_Legend_of_Mustafa?oldid=375724"
Community content is available under CC-BY-SA unless otherwise noted.