The Chorus Elite, formerly called "The Chorus Rebels" are a special Black Operations team for the Agency in Bryce Bowman: Origins.

Nothing is know about them prior to their first appearance in Not So "Shiny" Now, Huh?.

In Not So "Shiny" Now, Huh?, the Elite were assaulted by Project Freelancer Agents, in an attempt to shut down one of their major operating bases.

In Cortana (Episode), Bowman infiltrated an Elite base on the Ocean Planet, Kamino, to acquire information stored on their computers.

In Sarcophagus, the Elite had stolen a valuable piece of Agency technology back from the Freelancers, and the Agents of Project Freelancer were sent to steal it back, again.

In C.T. (Episode), the Elite were harboring Agent Connecticut because she had defected from Project Freelancer and joined their side.

In The Drive, the Elite were defending the base that C.T. had been hiding at. This was an attempt by them to recover vital information about Project Freelancer. 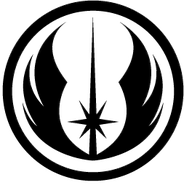