This is the hundredth and final issue of The CaT Gazette for all you CUCKS who aren't subscribed (or you normies who just want to browse through back issues).

After two and a half years and 99 issues before it, this is the last syndicated issue of The CaT Gazette. I might make more on special occasions in the future, but don't count on that. Like, at all.

Work on Project Deca has come a lot further than I ever thought it would, and Episode 1 should be ready for a January 1st release date if I can keep on track with it.

Footage for the CaTScratch segment introductions has been shot, but I can't give you any solid guesses as to when the first episode of it will be released.

Voting for Featured Everything of the year is still going on.

Signups for Winter Fanon Con are a go.

It feels weird actually finishing a massive project like this, you know? I've always had trouble letting things end and moving on to something new, but hey, here we are. One more thing behind me, one more piece of my life free for me to move on with, I suppose.

Calvin and Hobbes predicts me writing this Gazette 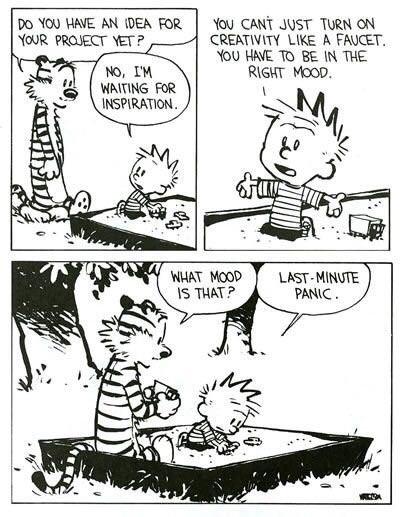 Timeking is the secondary villain featured in Project Deca's upcoming Ben 10 Team Tennyson tribute alongside Veggie King, whose redesign I featured in last week's Gazette. Keep your eyes peeled for more info on that in Winter Fanon Con.

Closing
Retrieved from "https://ben10fanfiction.fandom.com/wiki/The_CaT_Gazette/Issue_100?oldid=841874"
Community content is available under CC-BY-SA unless otherwise noted.