Technopath is the Infinity's DNA sample of a Cybertronian from the planet Cybertron in Bryce Bowman: Origins.

Technopath looks like a mechanical humanoid with metal tubes and wires flowing throughout his whole body. His forearms and calves are slightly larger than proportionally normal.

He has four, red eyes that are very small and circular.

The Infinity appears on his right shoulder.

While he has a Warthog scanned, Technopath takes on the Warthog's green coloring and its vehicle pieces.

He has two wheels in his shoulders and two vertically oriented inside his feet.

The hood of the Warthog splits across his chest, and the mounted machine gun rises over his right shoulder, being connected on his back.

Silver, black, and red wires launch from the Infinity and coil around Bryce's arm, quickly making their way up and followed closely by metal panels. The wires rush over his face, then metal plates slap down on him, covering his face completely. He ducks quickly, then rises again, his back to the camera. Mechanical pieces shift around his back, locking his shoulders into place. He spins, now facing the camera, and Tehcnopath leaps into the air, his grappling hook tentacles flailing around.

Technopath was unlocked when the Infinity scanned Proto in Protoform.

In The Drive, Bowman used Technopath to clear the enemy base, before everyone else could help him out.

Like all Cybertronians, Technopath has the ability to transform into a piece of technology that he has scanned. Unlike normal Cybertronians, it appears that Technopath actually takes on the vehicle as parts for his new body, as opposed to just scanning them.

Technopath uses four tentacles that he fires from either wrist to latch onto a piece of technology and either pull the pieces onto him from the main device, or pull himself to the device so that he may begin possessing it himself.

He has enhanced strength, enhanced intelligence, and enhanced speed while in vehicle form.

Technopath has two blaster pistols in his hands, and a Tachyon Cannon in his right arm.

Technopath must be near a piece of technology to scan/possess it. 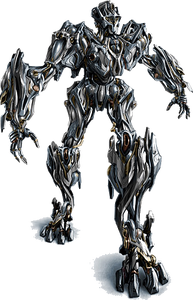 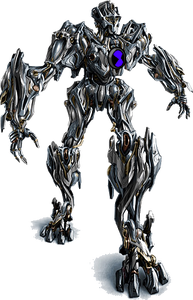 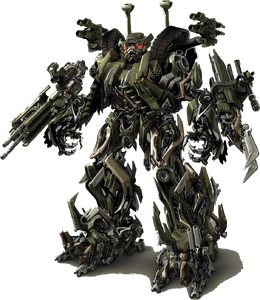 Technopath after scanning a tank