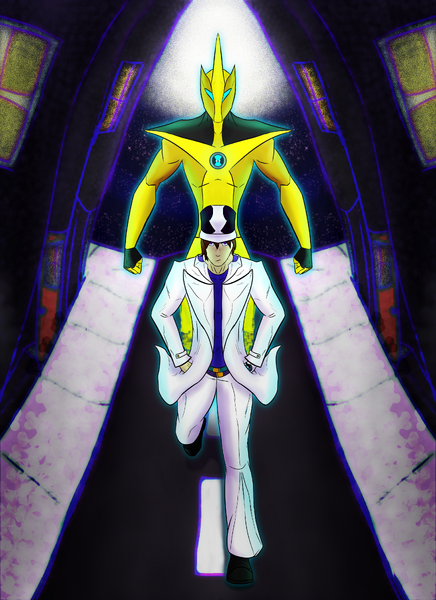 A final Requiem, a Cosmic mind, and the light of a Star will show you the way.

Note: The TV-14 rating refers to the general tone. Some content of this series can be considered TV-PG or TV-MA. As such, each episode will be individually rated.

EXTRA IMPORTANT NOTE: Though this is part of a long-running franchise, you can still jump right in with this series and not be that lost. If you're deadset on knowing the main pieces of backstory without reading the entirety of the Tech 10 franchise, it's summed up fairly quickly and easily in the "Recap" tab below.

Tech 10: Star Spirit is the sequel series to Tech 10: Rebooted and the fourth overall series in the Tech 10 franchise.

Retrieved from "https://ben10fanfiction.fandom.com/wiki/Tech_10:_Star_Spirit?oldid=879820"
Community content is available under CC-BY-SA unless otherwise noted.