Stormfront is a Thundorian from Tempestas in the Omnitrix/Ultimatrix. He has the ability to control weather and create weather conditions.

Stormfront is an 8-foot tall stormcloud whose head resembles a thundercloud while his body is a tornado with the Omnitrix/Ultimatrix symbol on his chest. His arms are made of blue lightning. He has no legs, but instead a tornado body. He also has small fangs. He moves around a similar way a tornado does.

In his new appearance, his arms are now yellow, horns on his head, and the top of his eyes have a thicker outline. His Omnitrix is now located on his forehead.

It has the ability to control weather. He is able to create deadly storms by going up in the sky, expand, and start up a thunderstorm, tornado, hailstorm, rainstorm, etc.

He appears in Earth Day to fight Dr. Psychobos.

﻿Stormfront also appears in Stan 14. He appears in A Hero Rising Part 2.

Stormfront is one of Finn's original aliens in Finn 10. He'll debut in The Ultimate Storm.

Stormfront is confirmed to be one of Evan's aliens in EBFA.

He will appear in Ben 10: Invincible Alien. He'll debut in The Storm at Andromeda.

Stormfront is planned to appear in Season 2. 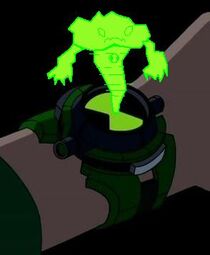 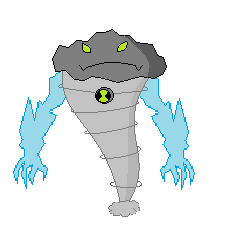 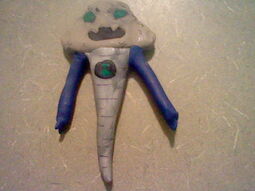 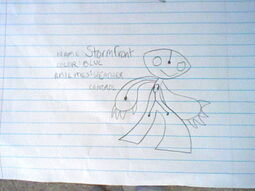 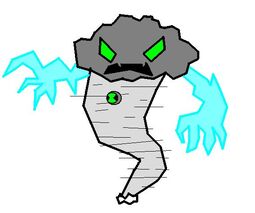 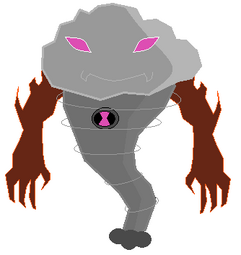 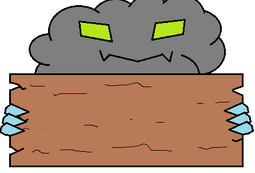 I found a plank! Write something on it! 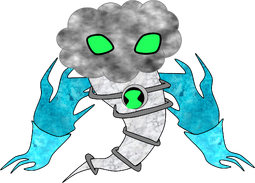 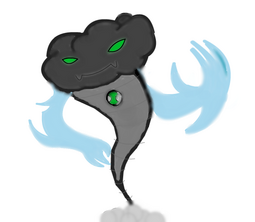 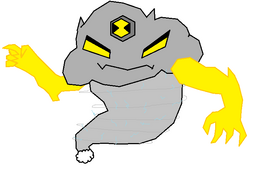 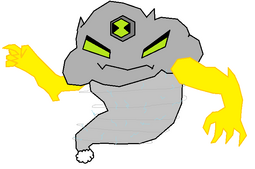 Stormfront Redesign (based on the redesign idea of Ben 10: Omniverse) 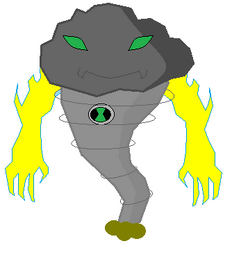 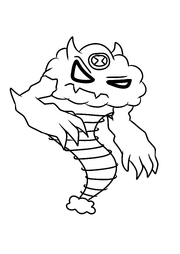 Stormfront's current design (no color, drawn by Thomas, in PaintTool SAI)
Add an image to this gallery
Retrieved from "https://ben10fanfiction.fandom.com/wiki/Stormfront?oldid=866617"
Community content is available under CC-BY-SA unless otherwise noted.