Spinosaur is the Infinity's DNA sample of a Spinis from the planet Thyrsus in Bryce Bowman: Origins.

While he can stand fully upright, he tends to hunch over and will often walk on all fours, crawling like a dragon. However, while, he will stay on his two feet, though still hunched over.

Large spikes sprout from Bryce's wrist as the Infinity glows. The spikes continue up his arm and over his face. They travel down his spine and then trail off, forming a tail. Bryce spins once, rapidly, as the spikes all retreat into his new, reptilian body. Spinosaur stands with his hands back and right leg forward as he roars an incredible roar. The sequence ends with this mighty pose.

Spinosaur was unlocked by Azmuth in The Darkest Night: Part One.

In The Darkest Night: Part One, Spinosaur was transformed into, and nothing else.

In The Darkest Night: Part Two, Spinosaur battled Death Dragon, but was defeated.

In Metamorphosis (BBO), Spinosaur was used to kill Maine.

Spinosaur possesses immeasurable strength, so much so that he was able to knock Death Dragon back with a punch, making him Bryce's strongest form (excluding Galactica for obvious reasons).

Spinosaur is able to shift the scales on his body into sharp spines. These spines are said to be the sharpest things in the universe (or at least the known universe). He is then able to launch these spines off of his body as projectiles, similarly to Diamondhead and his shards. He fires the spines quite rapidly, akin to an assault rifle.

Spinosaur is far more agile than expected based on his size. He can leap and even flip or twirl in air. This goes along with his strength, because he is very heavy.

In The Darkest Night: Part One, Spinosaur was able to roar powerfully enough to shake the ground and shatter all the glass within a five block radius. The roar even made Death Dragon flinch

Although no weaknesses have been shown, it is known that Spinosaur's species is very feral, making it difficult for Bryce to control him. 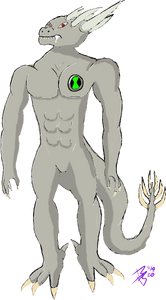 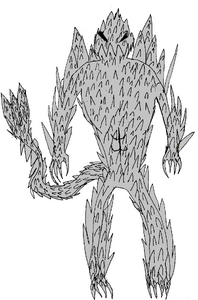 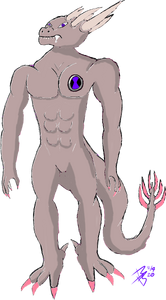