Sonorosians are humanoid creatures made of silicon from the planet Sonorosia.

According to Derrick J. Wyatt, Sonorosians are made of living sound waves,[1] so they wear containment suits made of silicon.

Sonorosians can emit sonic screams that range from audible to ultrasonic frequencies. These screams are capable of damaging machinery, stopping projectiles in mid-flight, and blasting enemies backwards.

Sonorosians can duplicate themselves, like the Splixsons, but different in that the clones aren't linked in any way, allowing entire groups to be knocked out without harming the rest.

Sonorosians can detect vibrations in the ground.

Using their sonic screams, Sonorosians can use echolocation.

Sonorosians can channel vibrations to enhance their screams by being in physical contact with vibrating objects.

Sonorosians can transmit sound waves through speakers, such as phones.

Sonorosians can use their sonic screams to create a forcefield. 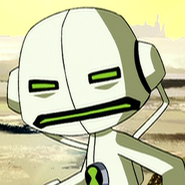 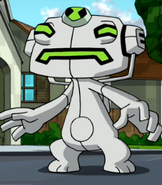 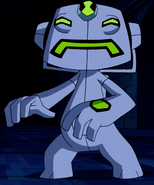 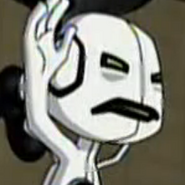 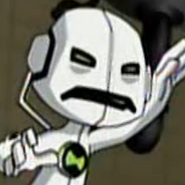 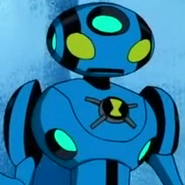 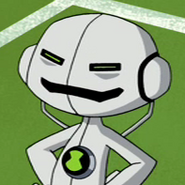 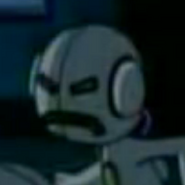 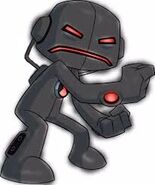 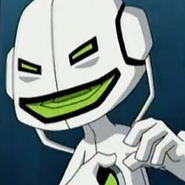 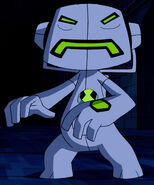 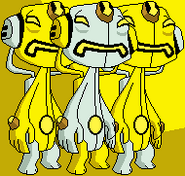 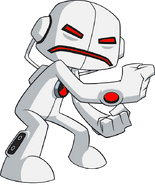 Echo Echo in the Ultimatrix 3.5

Echo Echo and Ditto using the "Ikari form" from dragon ball super, credits to Ultrapictures Studios
Add an image to this gallery

"Sonorosian" is a play on sonic and sonar.

Retrieved from "https://ben10fanfiction.fandom.com/wiki/Sonorosian?oldid=910683"
Community content is available under CC-BY-SA unless otherwise noted.