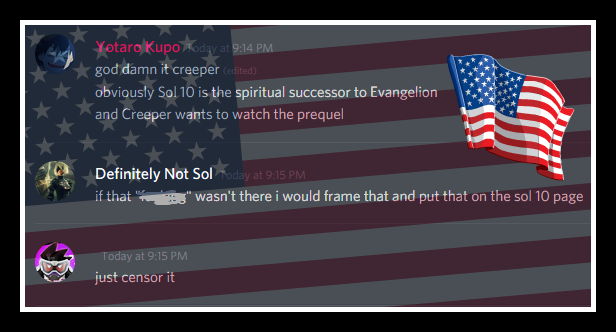 Sol 10 is a series by Sol. Chronologically, it takes place after The Mark of the Universe. Huh. Wonder if that will ever happen.

The Mark of the Universe

Sol (not his actual name) is a young boy, much older than ten, who acquires a sci-fi weapon a very Holy MacGuffin (?) through various shenanigans and cliches. While he wears the watch, he finds himself in the midst of an intergalactic conflict in which numerous aliens as, well as humans, are competing for the chance of a lifetime to be the one to end the dying universe, which Earth happens to close to the center of. While on his journey to save the universe, he allies himself with a robotic humanoid named Laika and a (SPOILERS REDACTED).

He is also proficient at using commas and making very long, run-on sentences.