Start a Wiki
Snow Bear is an alien transformation in the series, Brandon 10.

In the Original Series, Snow Bear takes the resemblence of a small Polar Bear. He has big green eyes and white fur. The Omnitrix symbol was found on his chest.

In Alien Force, Snow Bear gets a little chubbier and his eyes arn't as big now. His fur is also a slightly darker white. His claws are now visable and his tail can't be seen from the front view now. The Omnitrix symbol is now slightly on his stomach or still remaining on his chest.

In Ultimate Hero, Snow Bear's appearance does not change majorly from his Alien Force appearance.

Snow Bear has the power to breath ice. He also has bear-like abilities such as using his claws. His fur can camoflauge him with his surroundings but only if its snow or ice. 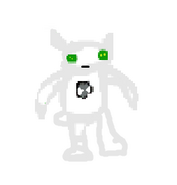 Snow Bear in the Original Series

Snow Bear in A Brandon 10 Christmas

Snow Bear in The Battle For Earth Part 1 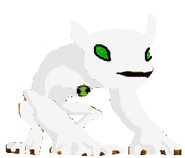 Alien Force Snow Bear Draft
Add an image to this gallery
Retrieved from "https://ben10fanfiction.fandom.com/wiki/Snow_Bear?oldid=866489"
Community content is available under CC-BY-SA unless otherwise noted.