Start a Wiki
SlenderBen is the disturbing alien Ben unlocks in... nothing. He was created by The Real Slenderman.

Ben first transformed into SlenderBen when he and Rook fought Hex on a dark and spooky Halloween night. He defeated Hex, but the powers of the SlenderBen began to corrupt him. He soon began to kill off people in Bellwood. Not knowing he was Ben, local people began to call him The Slender Man.

The SlenderBen is described as very tall and thin with unnaturally long arms, which it can extend to intimidate or capture prey. It has a white, featureless head and appears to be wearing a dark suit. The SlenderBen is associated with the forest.

Me. The Real Slenderman. Duh.

Credit for the name (apparently) goes to Swamp. 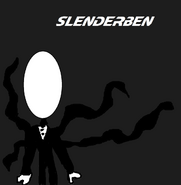 Made by Sci, the Owner of SlenderBen 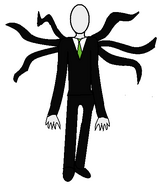 Credit for Base to Reo. Meet... Santa SlenderBen! 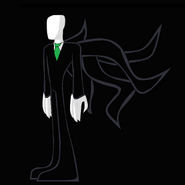 Credit to Jack and OmniCorp
Add an image to this gallery
Retrieved from "https://ben10fanfiction.fandom.com/wiki/SlenderBen?oldid=775741"
Community content is available under CC-BY-SA unless otherwise noted.