Silkspinner looks like Spidermonkey in Alien Force/Ultimate Alien, but the blue and dark blue parts of his fur are orange and black, respectively. His muzzle is elongated and the middle of his face is red, similar to a mandrill. Instead of a mouth, he has two long, black fangs. He has eight red eyes with black pupils, and some dark orange fur under his chin, resembling a goatee. The Antitrix symbol is on his chest.

Silkspinner has the ability to expel webbing from his tail, which was once stated to be as strong as steel. His webbing is very sticky, meaning he can use it to trap opponents or blind them by shooting webbing in their face. Spidermonkey can also shape his webs into slings, or to swing across vast distances.

Silkspinner's paws can stick to and be used to scale vertical surfaces.

Silkspinner's feet and tail are both prehensile. They also possess enhanced dexterity, enabling him to hold and carry multiple objects as if they are extra hands.

Silkspinner has hearing superior to a human's.

Silkspinner can infect others with venom by biting them.

Silkspinner can get tangled by his own webs. Furthermore, enemies can easily use his webs to their advantage.

Silkspinner's webs can be frozen and made brittle by the ice breath of a Polar Manzardill. They can also be dissolved by the energy generated by a Crystalsapien.

Silkspinner's webs can be torn apart by species with as much or more strength than a Cerebrocrustacean.

Silkspinner is vulnerable to being blown away by a Geochelone Aerio's tornadoes.

Being an Arachnichimp, Silkspinner is vulnerable to his natural predator, the Root Shark.

Silkspinner can be rendered unconscious if hit by a quill from a member of Argit's species. 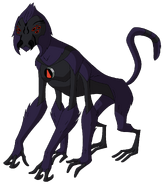 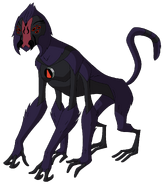 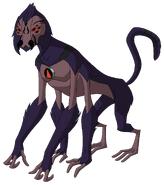 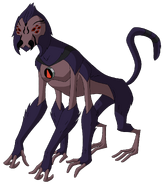 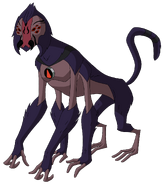