Season is an alien from the series Tech 10: Star Spirit.

Season can switch between his normal state and another form, swapping out his healing abilities with a different power. His available seasonal forms vary according to the seasons on whatever planet he's on. On Earth, his available forms include:

In his Spring form, Season can cause any plant or inanimate object to be 'reborn', restoring it to its original form.

In his Summer form, Season can cause any space he inhabits to increase in temperature.

In his Autumn form, Season can ease along transitions, from comforting a person going through a major change, to making a tree instantaneously lose its leaves.

In his Winter form, Season can enter a hibernative state that creates a large shield bubble, protecting those inside from all harm.

Season is a tall, pink and white humanoid alien with a thin, swooping body and glimmering wings. He has three claws on the ends of each arm, and has what appears to be a faceplate covering his mouth. His eyes are always closed, with blue marks under them that resemble tears. In addition, each seasonal form changes his color scheme. The StarTrix symbol is on his back.

Season is physically rather frail, and his empathic powers are useless on those without emotions, such as machines or those with certain mental conditions. In addition, his seasonal powers are unavailable in locations without seasons, such as a stationary planet or the vacuum of space.

When used as a Projection Transformation, Season's main directive was to heal and comfort those under great emotional stress, whether it be the user or their opponent.

After the StarTrix Requiem's failsafe was activated, Season's actions now depend on the user's own decisions. 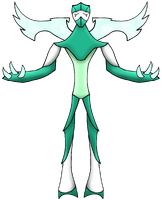 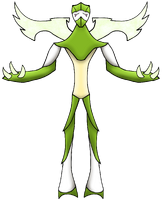 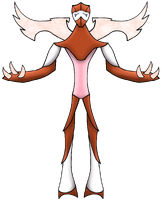 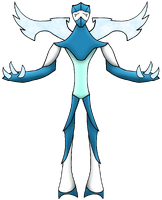 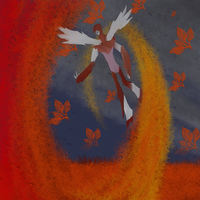 Wither is the InverTrix counterpart to Season. His default color scheme is blue and black, the blue being replaced with a corresponding color while in his seasonal forms. 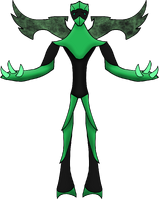 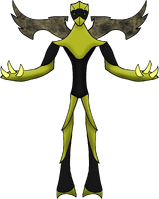 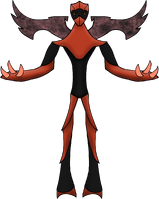 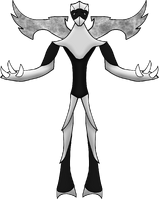 Winter Form
Add an image to this gallery

Retrieved from "https://ben10fanfiction.fandom.com/wiki/Season?oldid=867731"
Community content is available under CC-BY-SA unless otherwise noted.