Sabbattoir is free for anyone to use.

Sabbattoir has the ability to cast spells using magic circles he projects from his palms. These spells are based on the powers of the elements, with there being four distinct types of elemental casting styles he can use.

The mana for Sabbattoir's spells comes directly from the life energy of everything around him. As such, overuse of his powers can weaken or even kill enemies and allies alike.

The unique horns on Sabbattoir's head are, in fact, mana conduits, drawing in the mana that he uses to cast spells with. If his horns are ever broken off or otherwise damaged, he will be unable to draw in new mana until they heal.

These horns can be regrown in about a month if lost, and a common coming-of-age ritual among his species is the removal of a set of one's horns to signify that the individual has matured enough to learn humility and respect for the natural, uncontrolled states of the elements.

The planet Ketzeraia often is stereotyped as a world enshrouded in a dark, deathly, malevolent forest that eats away at the sanity of all who enter. In reality, the forest is little more than a bunch of overgrown normal trees, and there are plenty of wild animals and non-wooded areas where one can enjoy the rays of the planet's sun.

At the core of the rumors surrounding the planet are the Zauberent, a magic-practicing species that are rather peaceful but heavily disliked in the intergalactic community. The fact that their powers drain life from those around them makes many other species paranoid of them, leading to discrimination, oppression, and abuse; in fact, you can often hear this species being referred to as "living slaughterhouses". This reputation is rather unwarranted thanks to their generally placid and well-meaning nature, but the mere fact that they could abuse their powers leaves those unfamiliar with their culture quite wary of them.

If Sabbattoir appears in your series, please note his usage here: 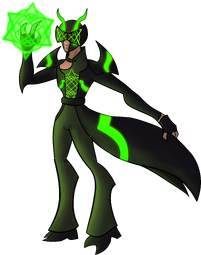 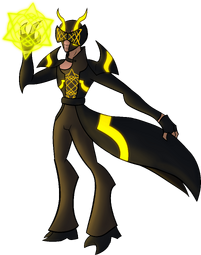 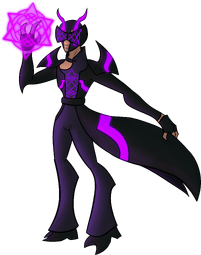 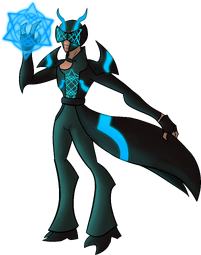 Yulekaiser
Add an image to this gallery

Retrieved from "https://ben10fanfiction.fandom.com/wiki/Sabbattoir?oldid=866332"
Community content is available under CC-BY-SA unless otherwise noted.