Richard 10: Alpha-Omegaverse is the second series of Richard 10.

Setting a year after Alpha-Omegatrix, Alpha-Omegaverse shows Richard with a new device, called the Simplicitrix, and ready to be a solo hero, although was set up with a new partner named Maklar Ampalon. While warming up to the new partner, he also must deal with villains, old and new, along with the biggest enemy of all: Darama. New aliens at his command, like Shocker and Magmetic, and all the old aliens, like Un-Named and Humungousaur.

All aliens from the previous series will be in this series.

The opening is almost the same as the Omniverse one, only slightly changed.

He's a kid and he wants to have fun

But when you need a superhero, he gets the job done!

With the device that he wears on his arm, he can change his shape and save the world from harm!

When trouble's taking place, he gets right in its face!

When lives are on the line, it's hero time!

Alien Showcase at the End 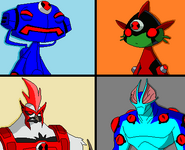 Echo Echo, Ditto, Kickin Hawk, and Eyeris in the second segment of the theme song 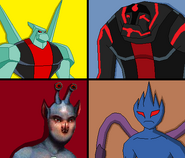 Diamondhead, Diesel, Whip Blade, and Crystalline in the third segment of the theme song 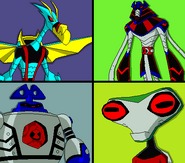 Astrodactyl, Snare-Oh, Verk, and Grey Matter in the fourth segment of the theme song 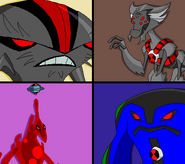 Brianstorm, Spidermonkey, Goop, and Cannonbolt in the 5th segment of the theme song

Jack Assassin, Magmetic, Vacheron, Spicy Shell, Brainstorm, and AK-1047 near the ending of the theme song

Diesel, Crystalline, Sub-0, and Magmetic (present on left, past on right) at the exact ending of the theme song
Add an image to this gallery 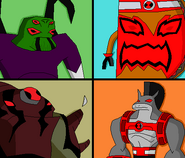 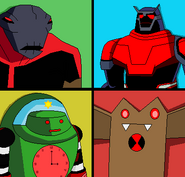 Stonehenge, Ak-1047, Vacheron, and Batblind in the third segment of the season 2 theme song 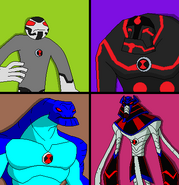 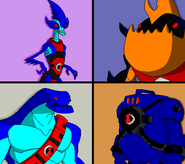 Crashhopper, Eatle, Humungousaur, and NRG in the first segment of the Season 2 theme song.
Add an image to this gallery

Retrieved from "https://ben10fanfiction.fandom.com/wiki/Richard_10:_Alpha-Omegaverse?oldid=731036"
Community content is available under CC-BY-SA unless otherwise noted.