Reo's Alien Arena (RAA) is a new series by Reo, where you can vote for the winner of every battle.

Alien Arena has taken the canon aliens (fanon aliens will be added in the future) and now they must face each other to see who is the best. Who will choose, huh? Not us of course, You will. The Watchers of Alien Arena can choose the Winner of each round. Before the voting begins, Each alien receives a score made up of their Appearance and Powers & Weaknesses as well as how overused/underused they are, then you can change this score. 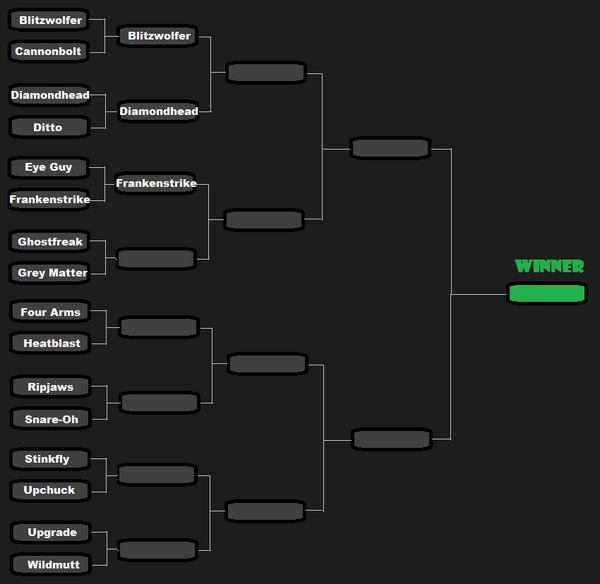 If you're a fan of the series, put your signature down on a new bullet