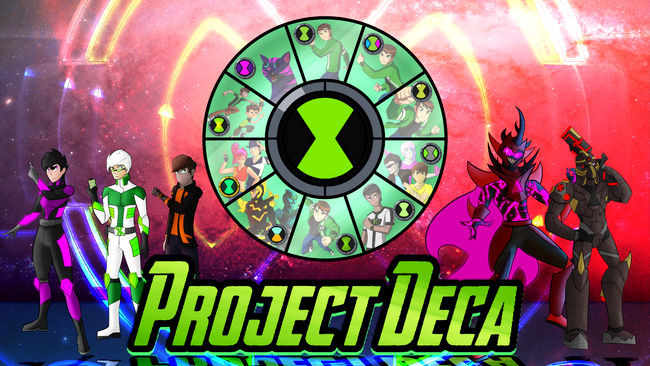 Project Deca is a series created by CaT to celebrate the tenth anniversary of the Ben 10 Fan Fiction wiki. It primarily revolves around tribute episodes to series on the wiki that have either been featured for the year or heavily influenced the wiki in some way before "Featured Series of the Year" was implemented.