TBA
Painstaker is the Omnitrix's DNA sample of a Gloriaviribus War Machine from the planetary battlefields of the Xenowars. She is a free-to-use alien, and exists within the Earth-216 universe, the main universe of Multiverse vs. Tennyson.

Painstaker's appearance is represented as a boysenberry-purple-skinned, femininely-proportionate humanoid standing just a few inches shy of exactly 7 feet tall, with four, bright-green, almond-shaped eyes, a lipless vertical mouth running down the center of its face, and long, slender arms, with prominently-exaggerated legs in terms of size, each of her limbs ending in large three-fingered hands and small three-toed feet.

Painstaker's outfit consists of dark-gray, segmented armor covering her head in the form of an abstract, striped helmet, with a U-shaped crest on the center of her forehead, neck, collar-bones, chest, elbows, pelvis, and knees, alongside a black pair of gloves and loincloth. The Omnitrix symbol is located on the center of her sternum atop her armor.

Painstaker's primary ability is her willpower empowerment, able to boost her enhanced strength, comparable to that of a Tetramand, to extraordinary levels through sheer ambition desire to complete a specific goal, such as winning a battle or rescuing an individual. Although the boost is limited dependent on the situation and user's own mentality, the boost can typically grow powerful enough to allow Painstaker to release punches that can effortlessly shatter human bones, to punches that can literally fracture the tectonic plates of a continent, making Painstaker a borderline lethal powerhouse.

Painstaker is vastly durable, able to withstand a vast amount of physical trauma normally fatal to the average human, and additionally proves entirely immune to the effects of naturally-harmful substances, such as extreme radiation, paralyzing venom, corrosive acid, and poisonous liquids and gases, and being so resistant to heat that Painstaker can swim through magma and survive being inside the molten core of a small planet.

Painstaker possesses a limited degree of energy manipulation, able to create solid constructs of pure energy that seemingly also stem from her current degree of willpower and ambition. She mainly uses said solid constructs for either defensive means, creating basic force-fields and shields, but also covering portions of her body with them to manifest highly-durable armor plating to add her own pre-existing armor.

Painstaker's four eyes grant her a natural degree of enhanced vision compared to average species, and her specific means of the creation of her species leave them with naturally-pure souls, additionally granting a strong resistance to the possessive forces of alien species such as Ectonurites, and the electrokinetic mind control of Cerebrocrustaceans.

Painstaker's willpower empowerment entirely stems from her own emotion, and although highly resistant to simple forms of manipulative forces such as possession and mind control, she is not completely immune to them, meaning that if her willpower is somehow extinguished by an outside force, or she loses the chance to complete her goal, her empowerment will vanish alongside it.

In addition, the amount of empowerment Painstaker receives greatly depends on the situation she has ambition toward, meaning the smaller and less significant the situation is, even as perceived as something crucially important by Painstaker, she will only be empowered a small amount.

Very commonly, Painstaker vastly undermines her own strength, even if not empowered, and can accidentally break frail objects she doesn't intend to.

Painstaker's base-level energy manipulation can be absorbed through alien species such as Crystalsapiens and Conductoids, typically through them being able to grab hold of her energy armor plating.

Despite having naturally-pure souls, Painstaker is prone to extreme forces of corruption, whenever physical or spiritual, such as the mutagenic properties of Corrodium.

Painstaker is a free-to-use alien, so feel free to use him in your own series. 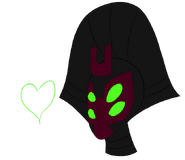 Retrieved from "https://ben10fanfiction.fandom.com/wiki/Painstaker?oldid=898521"
Community content is available under CC-BY-SA unless otherwise noted.