Omnitrix U is a lost prototype Omnitrix in Ben 10: Suzan Adventures that was used by Suzan Kimberly to transform into female aliens.

It was built on an unknown planet by a nameless male scientist who designs using Azmuth's Omnitrix blueprints. Although the Omnitrix U can be linked to Codon Stream, it can only store 10 alien DNA samples. Its inventor traveled to every galaxy in quest of DNA samples for the Omnitrix U, resulting in a new discovery on every planet in the universe. Its inventor scans Dragublis, Nanovirus, and Muertante aliens that were never discovered (only he hybridizes the mutated Human DNA found at Zombozo's circus on Muertante DNA) as he scans recently discovered six aliens, including the Mutant To'kustar in the Null Void to complete the Omnitrix U's functions.

The Original 10 are the first starting playlist when Suzan obtains the Omnitrix U. She obtains seven existing aliens' DNA and three new aliens' DNA that are never discovered. Suzan's ten aliens can be switched to the OmniScancom after scanning the aliens' DNA. Sometimes, the Omnitrix U has a mixed DNA, allowing the user to transformed into a hybrid aliens such as Krystawitch and Wigtail.

These Aliens were created by Poliwag The Blogger and hail from across the cosmos.

This playlist will have eight aliens that Suzan used her strategies that she used her aliens between playlists. 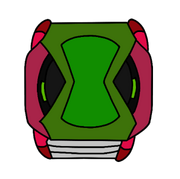 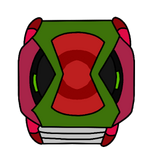 Recharged Mode whenever the Omnitrix U's timer 10 minutes was up to recharge itself for five minute. 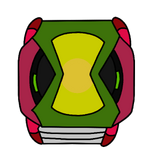 Scan DNA Mode whenever she can scan the alien's DNA and add it to OmniScancom. However, like the Omnitrix if the Omnitrix U is far away from the detected sample, the Omnitrix U's other functions will be disabled until the alien is scanned. 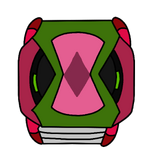 Before the events in Suzan Adventures, a male nameless scientist discovers the blueprint of the prototype Omnitrix and decides to create and build his own Omnitrix, naming it the Omnitrix U. Its designer realizes that the Omnitrix U requires alien DNA samples, therefore he traverses the galaxies scanning the DNA of aliens (Kraaho, Sotoraggian, Muertante, Dragublis, Polymorph, Highbreed, Nanovirus, Mutant To'kustar, and Sheelane's Species). However, one alien DNA sample, Muertante, is highly uncontrollable, so its creator devised a method to hybridize the Mutant Human DNA's primary genetic code on the Muertante DNA, allowing it to maintain control of the Muertante form, though it has the side effect of returning to its primal state when the full moon appears until the full moon is gone. Its designer completes the Omnitrix U, but it has a limitation that it can only turn 10 alien DNA samples. Years later, its designer mysteriously vanished, leaving the Omnitrix U alone until its owner discovered it. 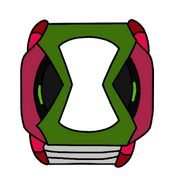 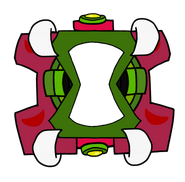