Nova Eldridge is the deuteragonist of Tech 10: Star Spirit.

Not much is known about Nova's history pre-series at this point, though it is known that she's been friends with Theodore Logical since they were little.

Nova's summer outfit resembles her father's when he was her age, consisting of a blood-orange tank top, blue jeans, a blue and pink belt, orange shoes, and a pair of hot-pink shades. Her hair, which she wears in a jagged ponytail, is dyed entirely magneta.

Nova's winter outfit is quite similar to her summer outfit, but with a long-sleeve shirt, darker pants, a purple winter coat, gloves, and an orange scarf.

Being human, Nova Eldridge has no inherent abilities. However, due to the usage of Swarm 2, her body is infused with Void Energy, which has a variety of passive effects.

Swarm 2 is a nanobot swarm powered by Void Energy, developed by Napoleon Eldridge, Nova's father, and given to her to use for self-defense. Built with almost the exact same specifications as Swarm 1, Swarm 2's changes are minor, with more focus being put on safety protocols. Any other differences are simply aesthetic, for example, the nanobots comprising Swarm 2 being golden rather than orange in color. Swarm 2 can create various constructs using its nanobots, which can be used to great effect in combat.

Nova is just as over-the-top and bombastic as her father was, though with much less of an ego. She thinks quickly on her feet, and will often rush directly to the fastest solution to an issue, which may or may not end up aggravating the problem.

When the obvious solution is no longer an option, however, Nova becomes dangerously creative, using wild, out-of-the-box solutions that may or may not involve gratuitous vehicle chases. She has a tendency to commandeer vehicles she has no idea how to operate, usually citing her driver's licence as an excuse. 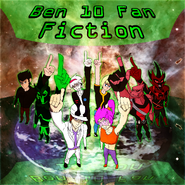 Nova's first Season 3 design.
Add an image to this gallery

Retrieved from "https://ben10fanfiction.fandom.com/wiki/Nova_Eldridge?oldid=869018"
Community content is available under CC-BY-SA unless otherwise noted.